Following on from Part I, where I discussed the Sony Ericsson K800i (it applies to all phones with java, you just need to google for a copy of 3’s Skype for your own phone’s display settings), I will now move onto the TyTN II (or, any windows mobile phone, I am running Windows Mobile 6.5)

I’ll start immediately by saying that you can do the exact same thing with a Windows Mobile phone as with the Sony Ericsson (or any other phone running java) if you already have something like Esmertec Java installed on your Windows Mobile Device. Simply copy the Java Skype app over to your phone and install it with Esmertec. You should note however, that this method will mean you’d need headphones to use it, as otherwise it will use the loud speaker.

However, there’s another – better (in my opinion) way of obtaining Skype on a Windows Mobile which fully integrates with the phone’s internal speaker and 3 network. That is to use iSkoot.

You can’t simply download iSkoot, install and go though, the guys over at XDA Developers have worked hard to create a small extra .cab file which changes over a number of registry settings, allowing iSkoot to communicate on the 3 network – this is great as it saves you a lot of time doing it all manually!

I have uploaded both the installer and extra .cab in one .zip file and will outline the installation instructions after the download link (click the box):

To make it just that little easier, I’ve even added pictures. 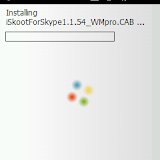 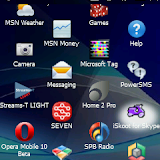 2) Select it from the Start menu and accept all the license agreements. 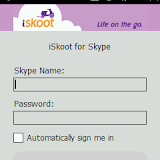 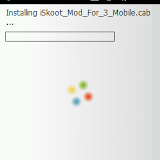 3) Get to the sign-in page and QUIT! (very important).

4) Go back to file explorer and install the iSkoot mod. Now you can use iSkoot on 3, without the “not supported” rubbish!

And that’s all there is to it. Now you have Skype on three, using the free network minutes and not being charged a penny. Never again listen when a network says something is not supported, this 2-part document is proof that it is completely untrue!

Hopefully this will help those of you who until now have been Skype-less, and if that’s the case, let me know! (Comments are open!)